Mighty Sports Basketball was born out of Caesar Wongchuking and his passion for the game. He runs the team together with his sons Caesar Angelo and Keith. 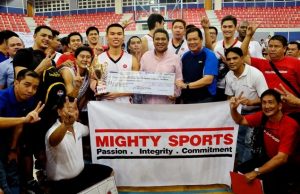 In 2014, the team, led by former PBA player Kenneth Duremdes and Kris Rosales, bagged the second Republica Cup title, after winning the finals game against Malolos Republica, 86–84. One year later, the team did not make it to the finals after losing the semifinals match against AMA University.

On March 2016, the team joined the Pilipinas Commercial Basketball League. Historically, this is the first entry into a major basketball league. Ravena, a 2016 PBA draft prospect, together with Ty Tang, who came out of retirement in the Philippine Basketball Association, and import Bright Akhuetie are some of the players who retained in the team's line-up for the Champion's Cup.

Mighty Sports also appointed Bo Perasol as team consultant, Mike Fermin as head coach and Charles Tiu as assistant coach of the team, which is one of the two new teams that competed in the 2016 PCBL Chairman's Cup, alongside SCTEX Road Warriors.

The team represented the Philippines in the 2016 William Jones Cup, with 7 foreign reinforcements leading the team, in lieu of the Gilas Cadets who were not available for playing. Mighty Sports Philippines Basketball team beat team A of host nation Taiwan, who were fielding a second team, on their opening match.

The South Korea national team fell to Mighty on their second match. For their third match, Mighty defeated the US team Sacramento State Hornets then dominated Japan on their fourth by a blowout of 21 points. Mighty then sank the Indian national team by a 20-point victory to remain the only unbeaten team. The Philippine team then cemented their title by beating Iran and further extended their winning streak against Egypt and finally swept the entire competition beating Taiwanese Team B. 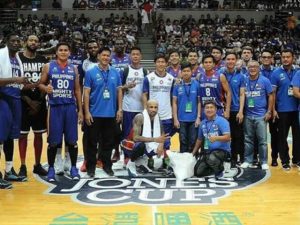 Mighty Sports returned to domestic basketball after it entered in a partnership with the Bulacan Kuyas of the regional Maharlika Pilipinas Basketball League. 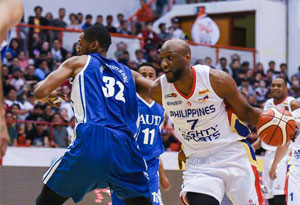 In December 2018, Mighty Sports' intention to re-emerge in the 2019 Dubai International Basketball Championship was announced by former NBA player and now team import Lamar Odom via social media who also is on a bid to return to professional basketball.

The team aims to redeem a forgettable 2017 stint hiring the services of decorated imports Randolph Morris and Justin Brownlee.

Mighty also snagged promising Fil-Am recruits in Jeremiah Gray and Roosevelt Adams who made waves in the US NCAA Division II with their accurate shooting, defense and athleticism.

The team is led by Charles Tiu at the helm with a strong supporting cast in veteran coach Jong Uichico, TY Tang and Dean Castano.