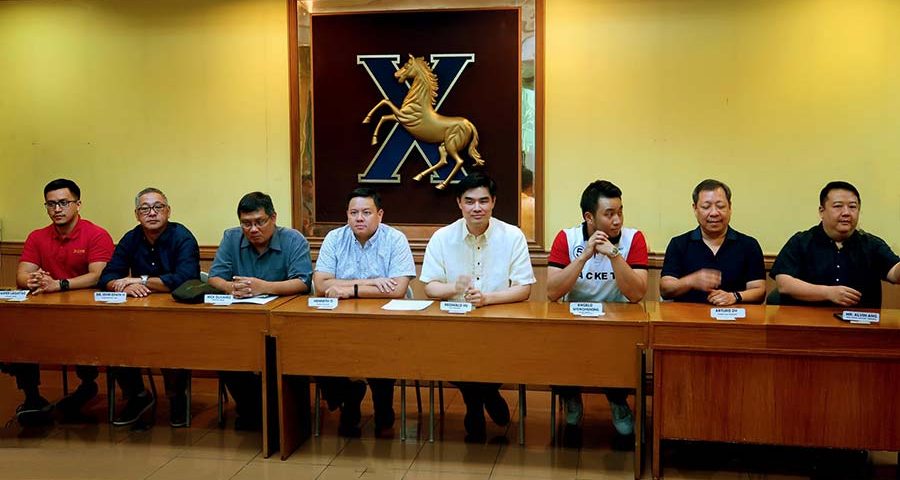 XAVIER School will commemorate its storied athletic success in a 250-page coffee table book “Golden: A Celebration of the Xavier Golden Stallions.”

The upcoming book was launched via press conference at the Fr. Louis Papilla, S.J. Room of Xavier School last August 6, 2018.

It will highlight the Xavier’s excellence in the field of athletics, including the legendary run of its most famous basketball triumvirate made of Joseph Yeo, TY Tang and Chris Tiu.

Alumni Association of Xavier School (AAXS) president Reginald Yu said during the presscon that their athletes’ achievements were not properly documented and see this visual compendium as a way to honor and celebrate their endeavors.

The project was spearheaded by Mighty Sports Apparel and Accessories’ and Xavier alumnus Caesar Wongchuking.

Wongchuking said the school is not only the home of successful businessmen, but also athletes and they are excited to show its history.

The coffee table book is scheduled to be released in February 2019 in time for the school’s golden anniversary and the Chinese New Year.

Other alumni-athletes who were not able to attend expressed their full support to the milestone initiative.

Former AAXS president Arturo Dy also expressed that they want to help their athletes get into major UAAP and NCAA sports, not just basketball, in order to serve as an inspiration for the youth to pick it up.

Xavier alumnus and multi-titled basketball coach Dr. Edwin John L. Sy said the book will make people aware of the school’s success as they seek to improve the athletics program.

The book’s press briefing aims to attract more contributors to the project to seal its rightful place as a definitive compilation of Xavier School’s five decades of outstanding athletics development that captures the spirit of true sportsmanship, molded by good Christian values, that ultimately marks the bona fide Xavier Golden Stallion.