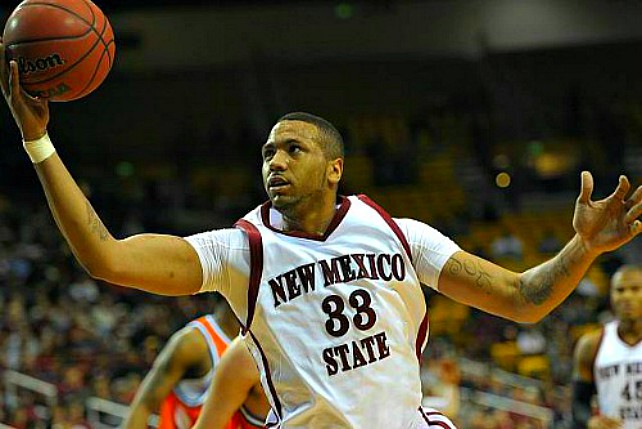 Troy Gillenwater during his college days in New Mexico State.

Five years ago, Macklin helped the Kings in their conference finals bid against the Gin Kings versus the Alaska Aces. However, a knee injury limited Macklin’s minutes as the Kings fall to the Aces in their best-of-five series.

Gillenwater, a 6-foot-9 New Mexico alum is already familiar with the Filipino brand of basketball having played under Wongchuking and his Mighty Sports team in the 2017 Dubai International Cup tournament.

The 29-year-old went undrafted during the 2012 NBA draft, but he was taken second overall by the Orions during the 2014 KBL draft. He also had stints in Europe and Asia.