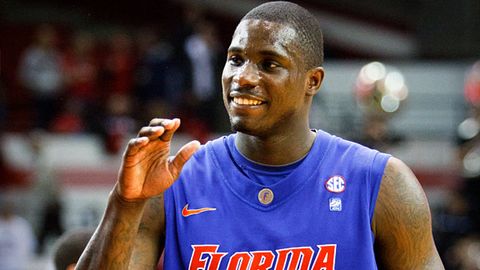 The University of Florida product represented the country last 2016 when he played under Caesar Wongchuking and his Mighty Sports-Philippines team in the 38th William Jones Cup held in Taiwan. The club went on to win the Gold Medal with a spotless 8-0 victory.

V-Mack, as he is fondly called in PBA circles, first played in the country for the Ginebra San Miguel Gin Kings in 2013 where he instantly became a fan favorite. He and the Kings made it to the finals but eventually lost to the Alaska Aces.

“I wasn’t able to return [to the PBA] after 2013 because of the height limit [imposed by the league]. Then I was already tied to contract obligations in the Middle East [for Al Jaysh of Qatar] where I played for 3 years,” shared Macklin to host Charles Tiu in last night’s edition of CNN Philippines Sport Desk.

In 2016, Macklin suited up for the Mighty Sports-Philippines team competing in the prestigious William Jones Cup.

“It was a great experience, we had a great time preparing and representing the Philippines. We’re also very glad that we were able to win a championship,” Macklin responded when Tiu asked about his Mighty Sports experience.

The 6-foot-10 Macklin also played a full season for the Goyang Orions of the Korean Basketball League before being invited for a spot in the Magnolia Hotshots team.

Asked about his current teammates, the Virginia native had nothing but praises.

“I love it. We got Paul Lee, we got some great guys in transition. I’m a transition kind of guy so I like the way we play hard. We play great on defense and ‘we got each other’s backs’ which is my motto in playing basketball,” Macklin said

Since his last stint, Macklin expects a more physical type of game with the likes of bigger locals such as June Mar Fajardo, Troy Rosario, Ian Sangalang and Moala Tautuaa around.

“Thank you to the Magnolia [Hotshots] guys for inviting me here and welcoming me with open arms. I can’t wait to start playing with my teammates. I’m just here to help you out, be a coachable guy and great teammate,” Macklin said in parting.

When Tiu asked about his off time, Macklin revealed he hardly thinks about basketball and loves to spend time with family and friends. Back home, he is currently into real estate and a mobile detailing business to keep him busy outside the game.

The journeyman started his professional basketball career as the Detroit Pistons’ 52nd overall pick in the 2011 NBA draft and had stints in the NBA D-League, Turkey, China, Qatar, Korea and the Philippines.